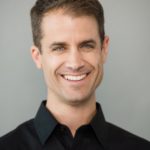 Professor Shelton’s research addresses whether and how the institutions that structure political competition affect macroeconomic policy and outcomes. His research, often with students, has been published and cited in highly regarded journals in both political science and economics. His research assistants and thesis advisees have gone on to doctoral work in political science and economics at Stanford, Harvard, Princeton, and other prestigious programs. 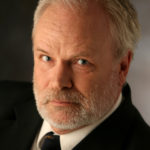 Manfred Keil, is the Associate Director of the Lowe Institute of Political Economy and Associate Professor of Economics at Claremont McKenna College. Dr. Keil has been involved in the analysis and forecasting of economic activity in the Inland Empire since the beginning of the project in 2009. His teaching duties at Claremont McKenna College involve statistics, econometrics, and macroeconomics. In addition, he has lectured at Claremont Graduate University, Pomona College, and Scripps College. He is also a fellow at the Rose Institute. Professor Keil received his Ph.D. from the London School of Economics in 1985 and has been a Fulbright Scholar. He arrived in Claremont in 1995 after holding appointments in Montreal, Boston, and Essex, England. His research interests are in comparative economic performance of geographic areas, politico-economic interaction, and forecasting. He is involved in popularizing data science programs at the Claremont Colleges, and has been the lead CMC faculty in the joint CMC-Yonsei University (Yonsei School of Business) program in Seoul, Korea, for the last seven years. In addition, he has been involved in teaching quantitative courses in the CMC Silicon Valley Program in the Bay Area. 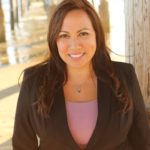 Kelly Alexander, Program Coordinator, has worked at the Institute since 2008. She is involved in overseeing the daily administrative operations of the Lowe Institute including:  fiscal and budgetary oversight, communicating with program stakeholders, planning and coordination of program activities, implementing College policies and procedures, and hiring and supervising research analysts.